Your page? Unpause your account to remove this banner.

Ditch the sugar and get back on track!

...even if you've gained far more Weight back than Just the "Quarantine 15"!

Quit sugar -- get back on the fast track to weight loss!

1
Your Info
Enter your info
2
Your Details
Payment info

Shipping
>> Join Now for Just $37
I verify I am over the age of 18. I confirm I am happy to receive communication on multiple platform for this challenge and the occasional promo email afterwards. We don’t do spam no one likes that crap.
Billing Info
Your order has been declined. Please double check your Credit Card Details or contact support for information.

Private VIP Access: Grab your (details of the product) to go along with the event right now for 50% OFF! This is the best way to make sure you don’t miss any important details throughout the (insert event). Check “YES” above to add this special offer to your order now for just $(insert discounted cost) (normally $ insert normal price). NOTE: This offer is not available at ANY other time or place. 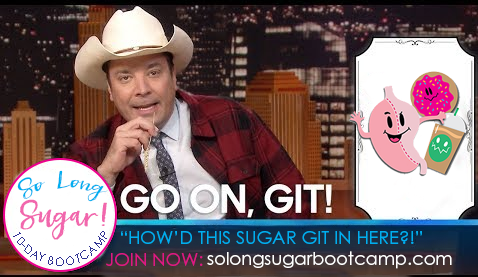 Does any of the following sound like you?
"Yes That's me, so How do I fix it?"
Glad you asked! Here's how...
HI, I'm Laurie Cromie
I lost all 100 lbs of my own post-op bariatric regain that I started putting on with my last pregnancy. But it was as though the "magic" of the weight loss surgery had worn off, and I was on my own again!
I originally had surgery to begin with so I could have a healthy pregnancy, and it was a great decision! But soon after I got pregnant, old habits started to slip back in and I remember being in so much shock on my daughter's first birthday realizing I had gained exactly 100 pounds back that I'd lost from surgery! I thought it would be impossible for someone who can only eat 1/2 cup of food at a meal to gain any weight back.
In fact, I was told by my surgeon I would never have to "diet" again. He made it sounds like I could eat anything, just in moderation.
Unfortunately, that is a MYTH. Something else had to be going on..
So on my daughter's first birthday, I set on my path to getting OBSESSED with losing bariatric regain. I leaned in on the online Facebook WLS communities who said, "Just go back to basics and do what your surgeon told you." However, it was quickly apparent those rules are more for newly post-op, and not a sustainable permanent lifestyle.
I was on my own.
It wasn't until I stumbled upon information about weight loss being a hormonal issue, that the Calories In Vs. Calories Out Model ("simply burn more calories than you consume") is profoundly broken, that when I simply cut out sugar, grains, and other high-glycemic foods, the weight just fell right back off.
And not only that, it was FUN and EASY, and now that I have been coaching others in losing their own regain, I always swore I would tell everyone who wanted to learn how too... 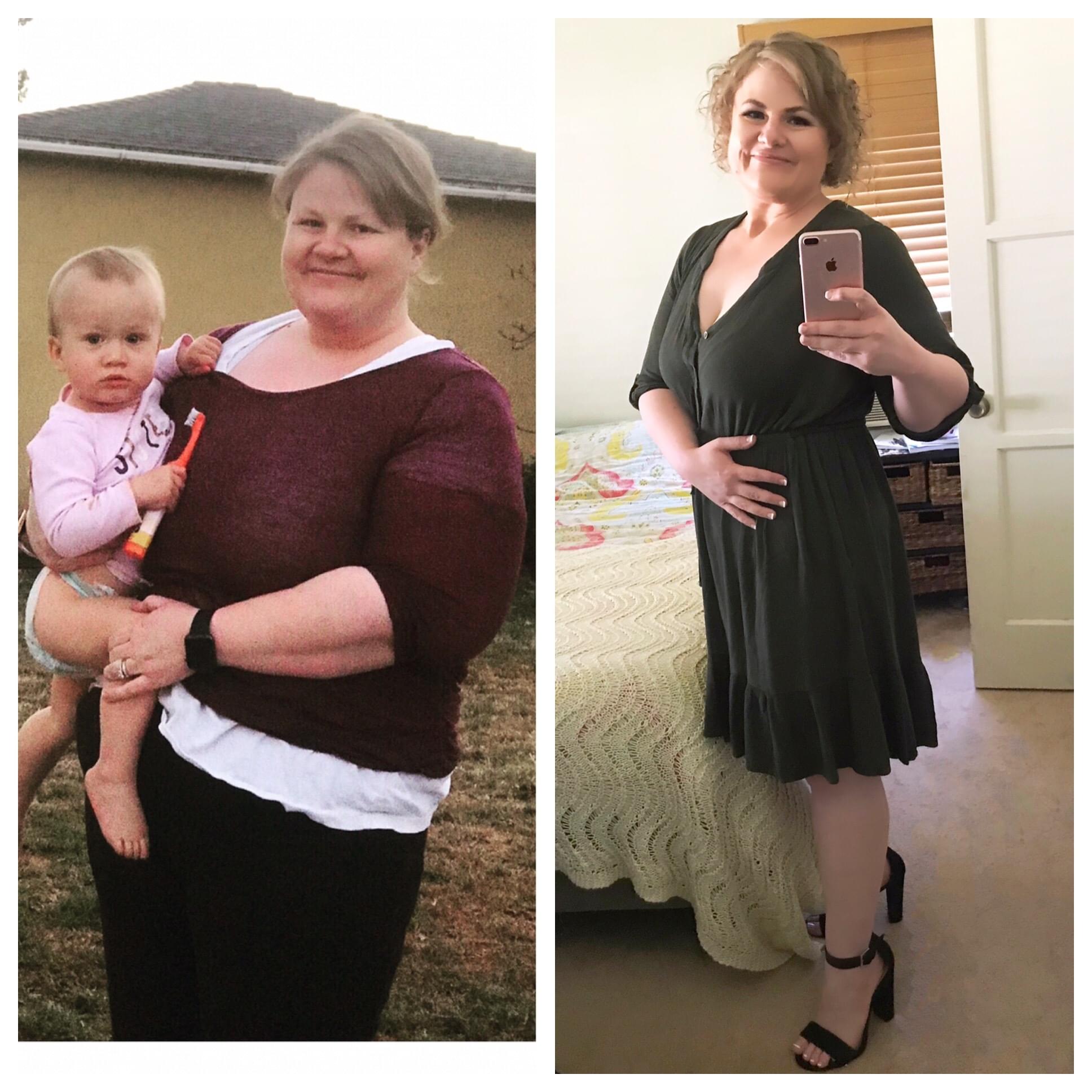 Allow me to introduce you to the first of its kind...
"So long, sugar!"
10-day bootcamp experience
Here's everything you get when you join today:
#1 Daily LIVE Video Workshop:
We will be going through this together, step-by-step, without the overwhelm so you feel supported all the way through, Days 1-10! 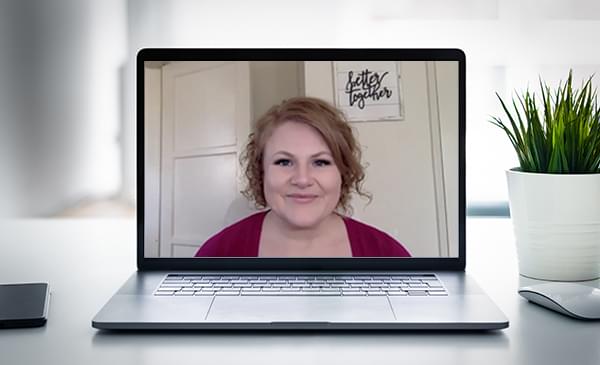 #2 Exclusive Facebook Group
A safe place for all the support and help you need with others going through the same work.
#3 ​Printable PDF Workbook
Map Out a Plan You Will Love to Stick To, Without Ever Tracking Macros, Points, Calories, etc... 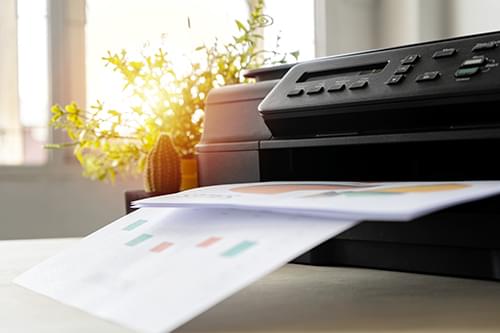 OH, YOU THOUGHT WE WERE DONE? WE’RE JUST GETTING STARTED!
When You Join, You’ll Also Get These FREE Bonuses:
FREE BONUS #1
So Long Sugar BINGO!
Rack up those Bingos by achieving small milestones throughout the bootcamp for a chance to win some awesome bariatric and keto-friendly prizes!! 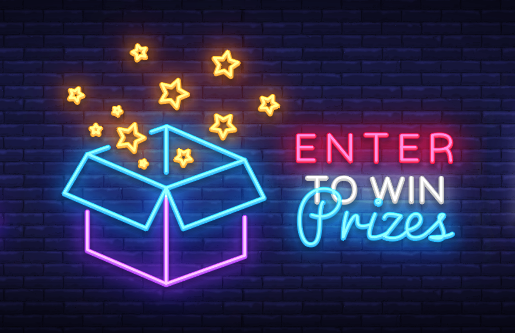 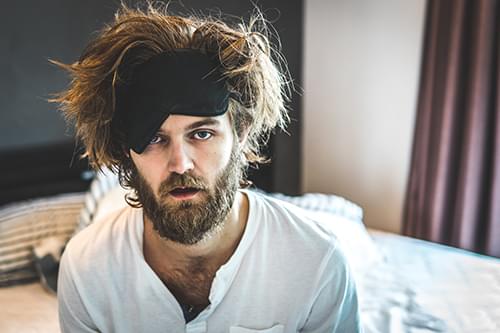 FREE BONUS #2
"How to Avoid the Keto Flu" PDF Guide
"Keto Flu" is your body's way of being in withdrawal from sugar and can last up to a week! You can avoid this difficult hangover period using my own personal guide to making sure you feel your BEST while your body adjusts to not eating sugar.
FREE BONUS #3
"Master Your Habits and Mind" Live Bonus Masterclass
I used to think my brain was broken; I didn't understand why I would immediately cave to all cravings and temptations. It wasn't until I discovered how the brain works--and how to reprogram it-- that completely erased those urges!
If you find yourself arguing every single night with your brain about eating comfort food, or eating at an inappropriate time, you NEED this class! 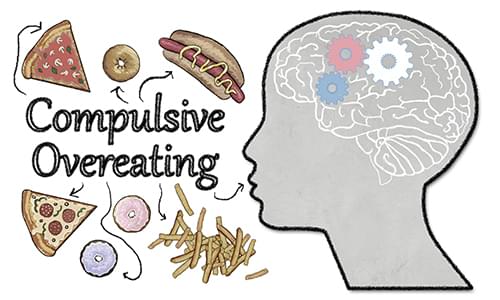 Phew! That was a lot! Let’s recap, shall we?
WHEN YOU JOIN THE so long sugar bootcamp TODAY YOU’LL GET:

#3 ​Printable Workbook PDF so you come out with a Blueprint! (value $37)

Plus When You Order Today... 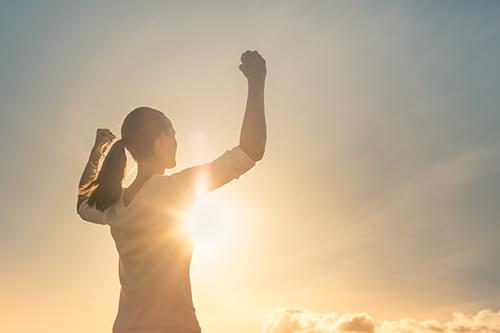 Next So Long, Sugar! Bootcamp Experience Starts In

One of my first members, Brandi transformed into a bombshell 6 months on keto! 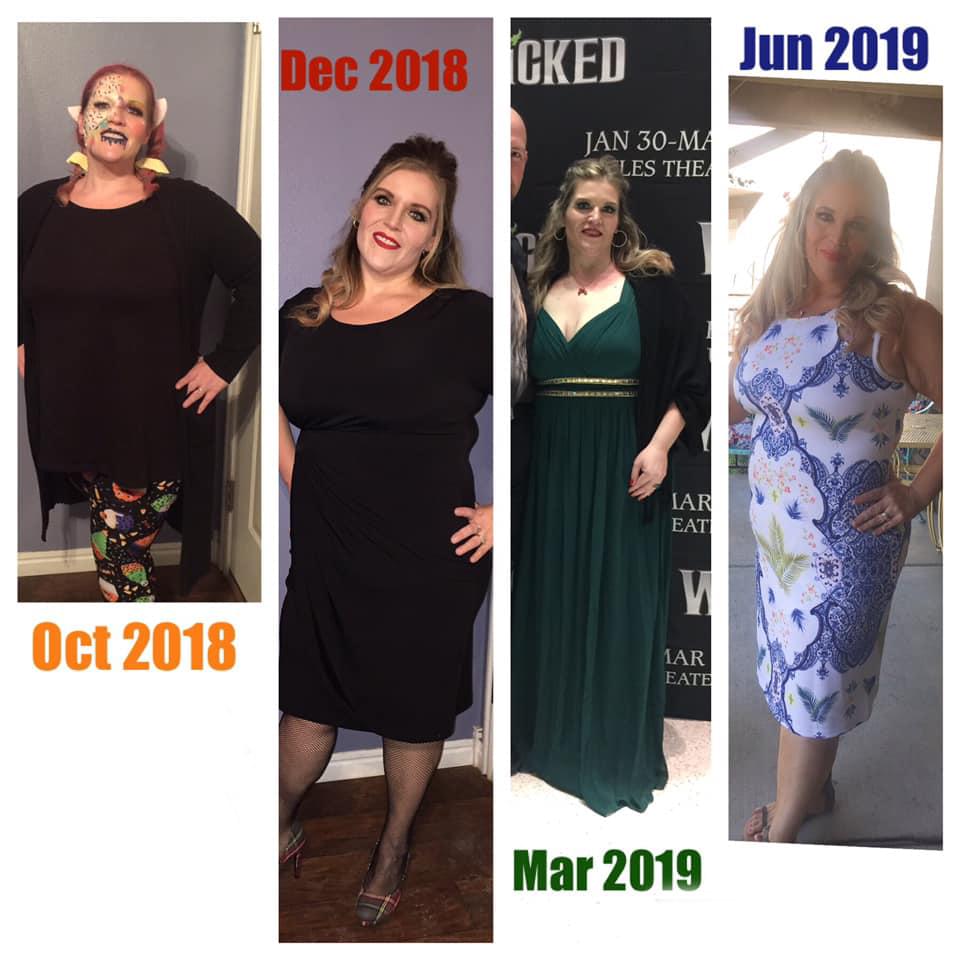 Another one of my first members, Trish says she couldn't have had this amazing transformation were it not for our keto program! Gorgeous! 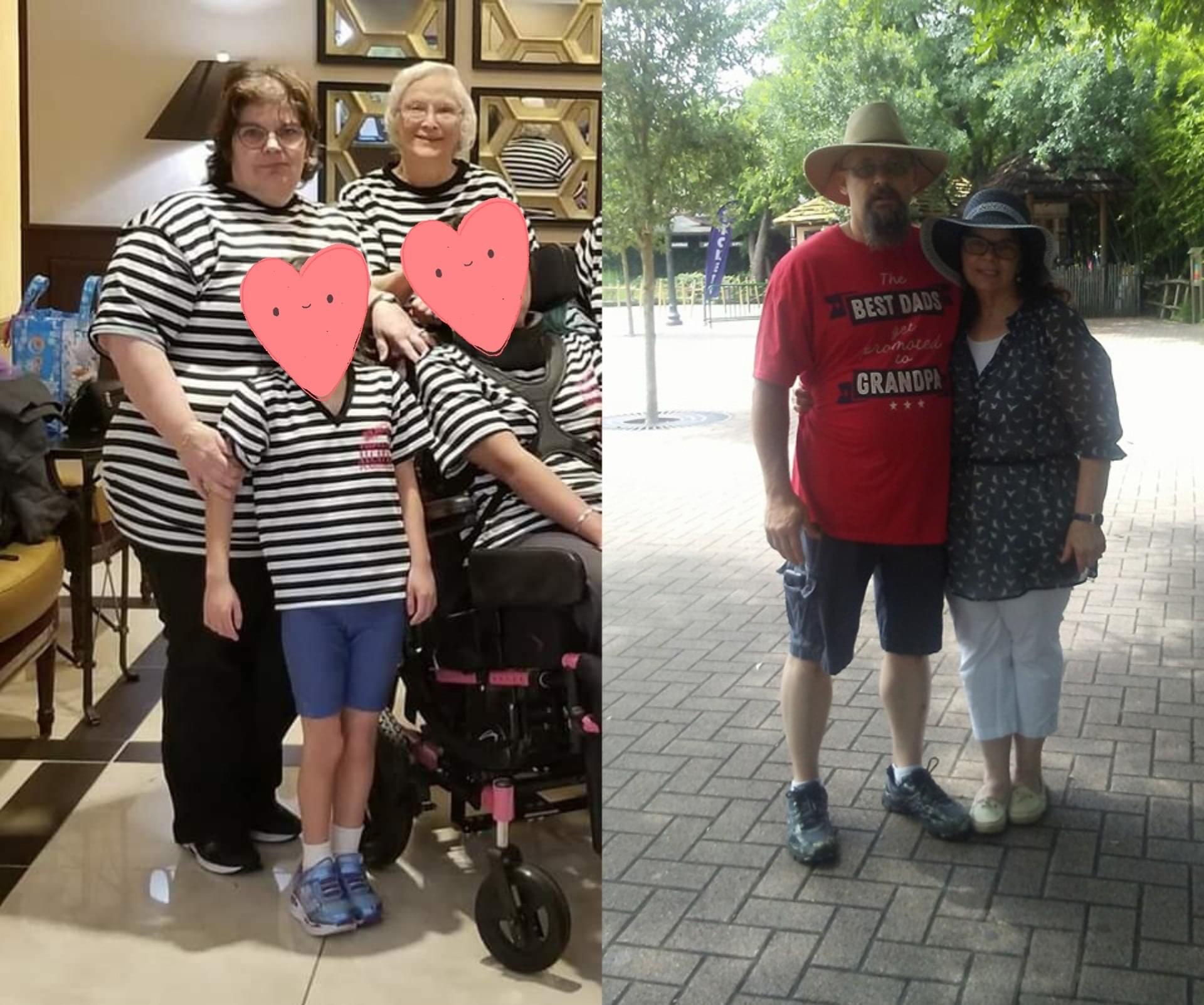 >> YES! I WANT MY OWN TRANSFORMATION!

We want this challenge to feel like a no-brainer for you, which is why we’re including a zero-risk, money-back guarantee!
If after attending the first day of the So Long Sugar Bootcamp Experience and doing the exercises you don’t feel as though you have received AT LEAST the value of your investment, email support admin@barivangelist.com no later than the morning of Day 2 and we’ll send you a full refund, no questions asked.

Why do I have to pay for the So Long Sugar Bootcamp Experience?
Simply put when people pay, they pay attention. In the past we have run free sugar-free bootcamps and we noticed that most people didn't take it seriously. We don't know about you, but when it comes to our time, we only want to spend it working with people who are in it to win it!
By adding on a small fee, we ensure that only the best quality participants will take part in the So Long Sugar Bootcamp Experience. The kind of people who are encouraging of others success and who you actually want to be around!
What type of people are best suited for this bootcamp?
If you are someone who is at minimum six months out from your bariatric weight loss surgery procedure,  and you're feeling stalled in your progress, then this bootcamp is right for you. It doesn't matter how far out you are, even ten years out of surgery, even if you regained all your weight, you will still benefit greatly from this experience.
It is NOT right for you if you've never had bariatric weight loss surgery.
What if I can't make it to the coaching calls?
We get it, you're busy and you may not be able to make it to some of the calls. That's why there will be replays available inside the Facebook group and you will have access to those for as long as you have a Facebook account. When the group is archived, you will still be able to watch all of the content.
How is this bootcamp is different to others?
We love this question! And our answer is pretty straightforward: We don’t run bootcamps that are light on the strategy and heavy on the fluff.
Instead, we host intentional, action-oriented bootcamps that are designed to help you get a clear result and the clear-cut action steps you need to gain massive momentum to getting to goal weight.
We also offer a zero-risk, money-back guarantee where you can ask for a refund by the end of the first day of the challenge and we’ll return your money, no questions asked.

So what’s it going to be? Will you choose to stop letting fear and doubt keep you from living your life to its fullest? Ready to say, "So Long, Sugar!" and get back on track?